Here’s a Raleigh built Supercycle for sale on Kijiji Toronto. A 3 speed hub with a coaster brake and caliper brakes as well. Priced at $225.00. 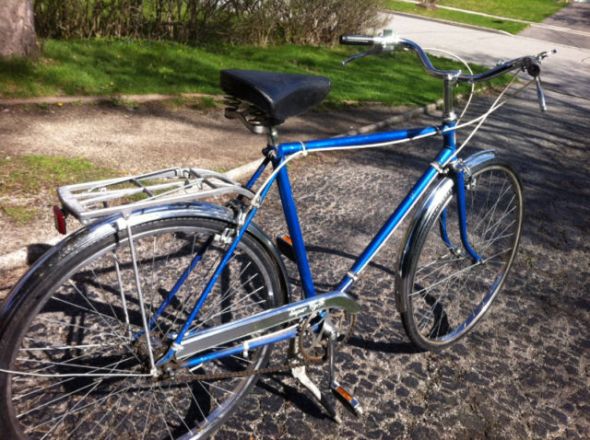 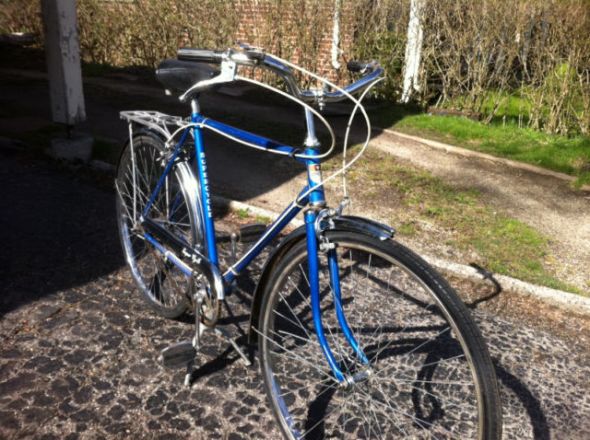 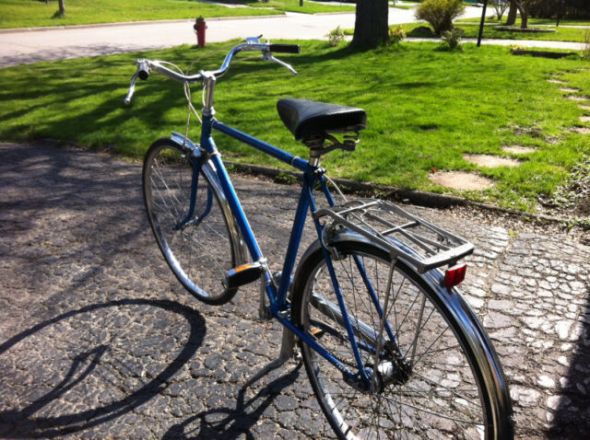 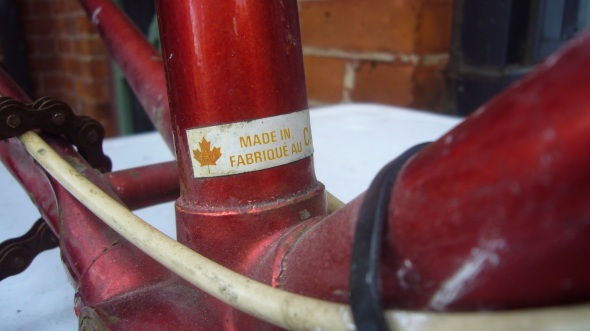 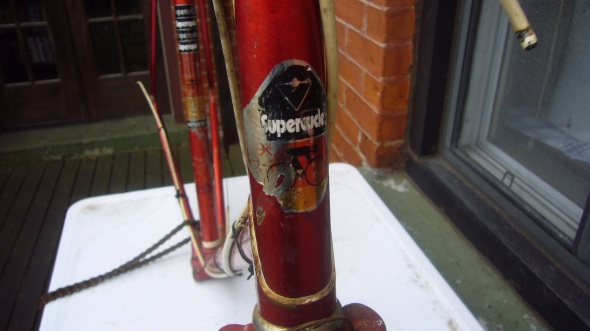 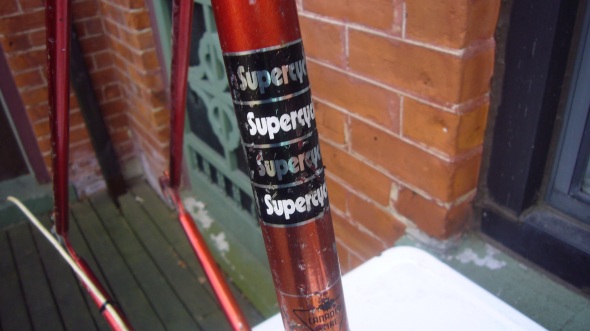 Trash or Treasure? You Decide!
A neighbour dropped off this rough Supercycle frame last night. I suspected that it was another Raleigh re-brand. The small Made in Canada sticker is the same as the one on my Canadian made (assembled?) Raleigh Superbe. The serial number, RN851730 decodes as R (Canada) N (October) 8 (1978). 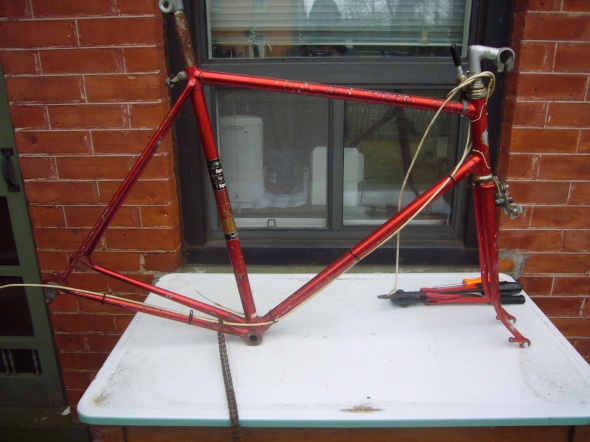 To everyone that participated in this year’s show. 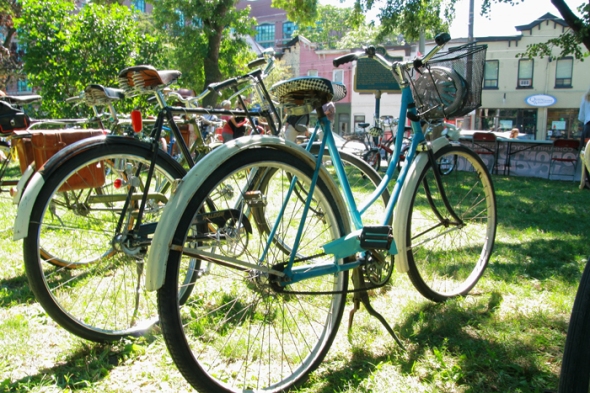 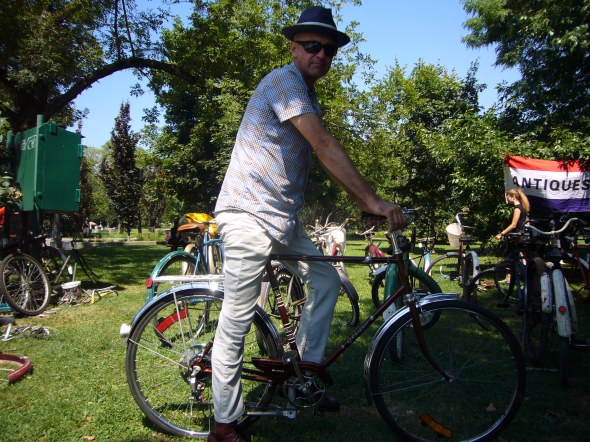 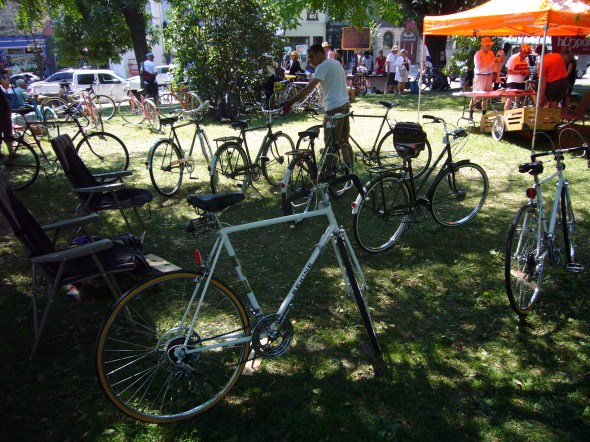 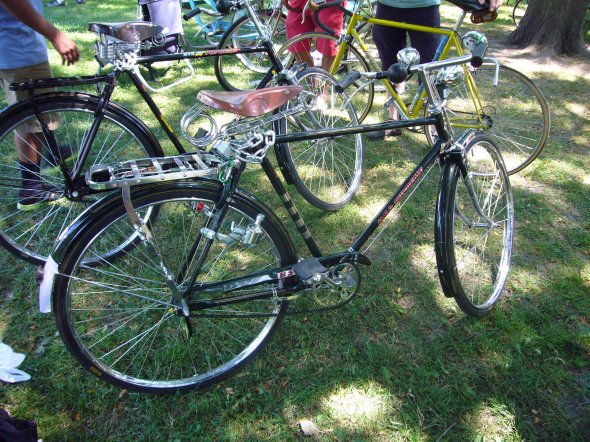 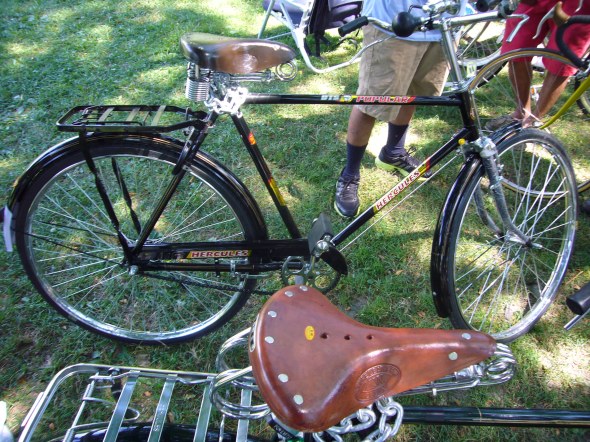 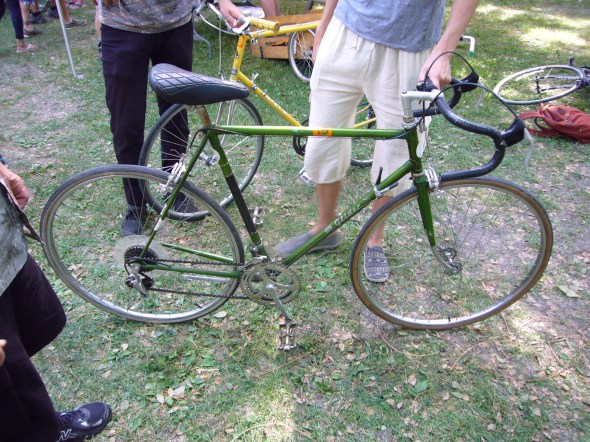 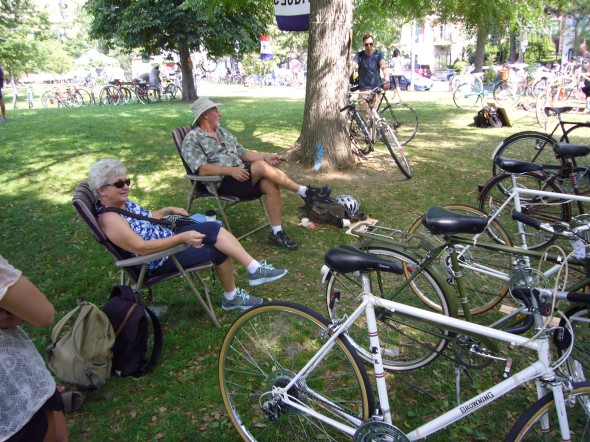 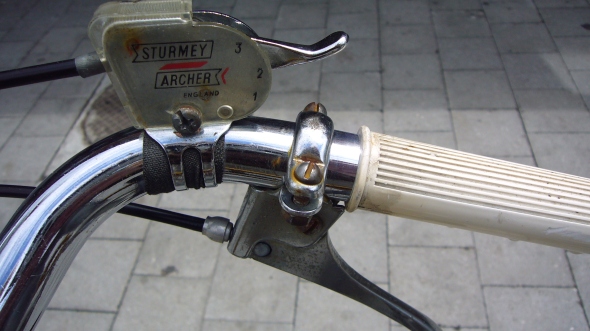 An interesting CCM Elan. English built with an optional Dyno-Hub front wheel and lights. I’ve only seen the Dynohub on Raleigh Superbes before.

Comprehensive information on Dynohubs can be found here. 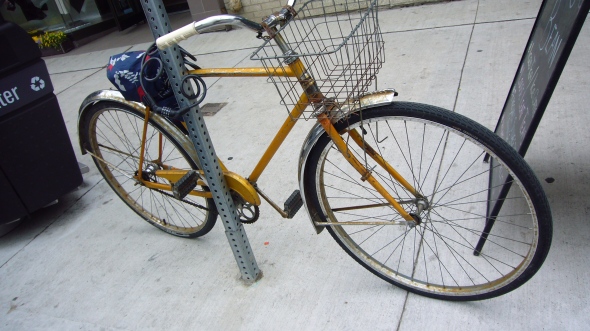 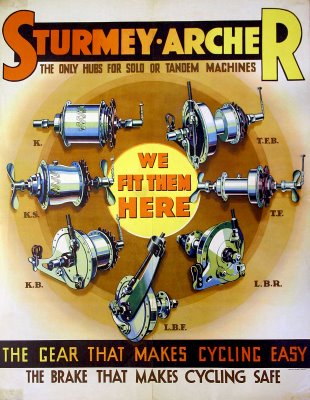 Lots of information and posters etc can be found on the Sturmey Archer Heritage site. 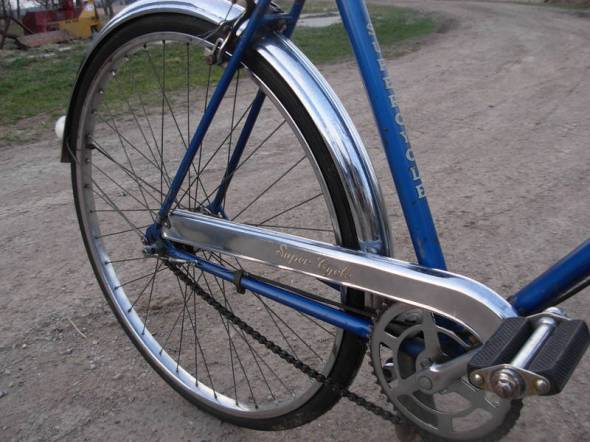 An Eatons Glider, 3 speed of course. 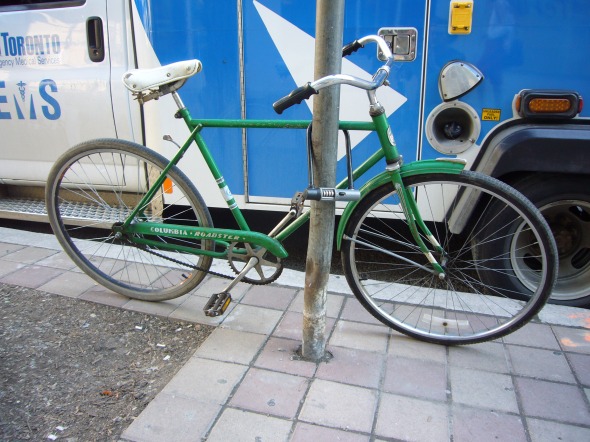 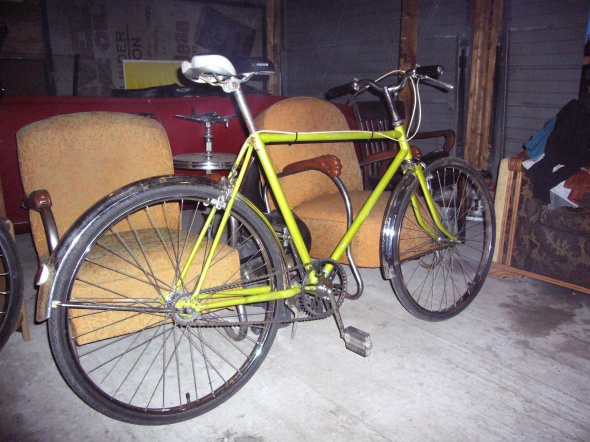 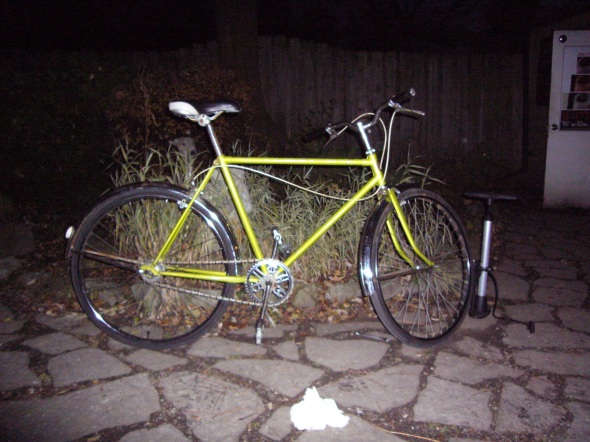 This mid 70’s Supercycle by CCM was pulled from the trash recently and I decided to make it a little project. It appeared that the owner had started some repairs and then gave up i.e. new tires and brake pads. 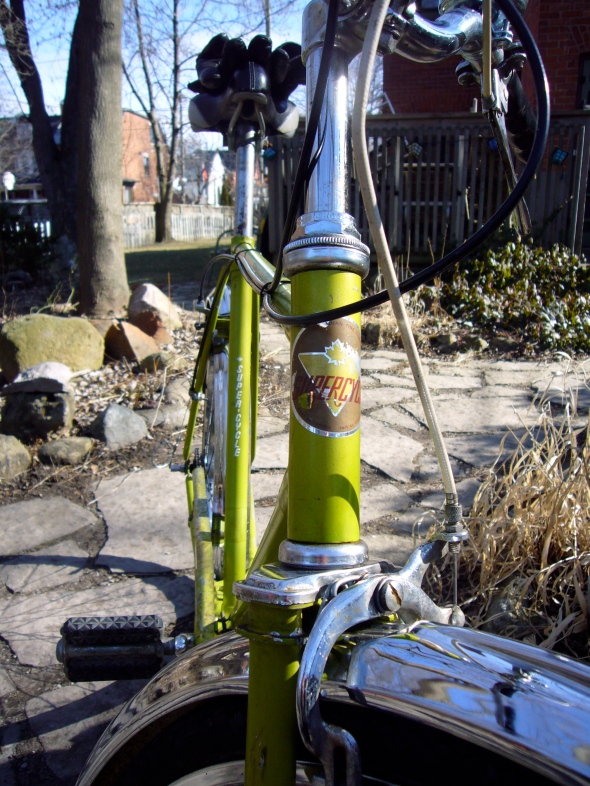 The original Shimano “333” hub was discarded and replaced by a used Sturmey Archer back wheel and hub from Community Bicycle Network on Queen. Bike Pirates on Bloor provided the correct shifter and indicator chain. It’s not much to look at but a pleasant bike to ride and it’s been a good project to learn on. It will be going to good home come spring.

As it turns out this cast off Supercycle has turned into my main ride. It’s unassuming and very reliable for crossing the city. 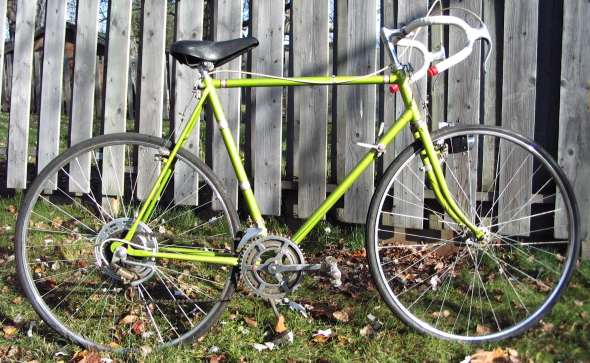 Here’s a ten speed version in the same colour. 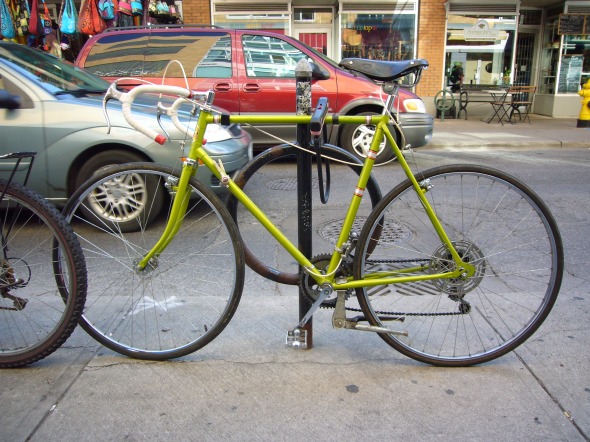 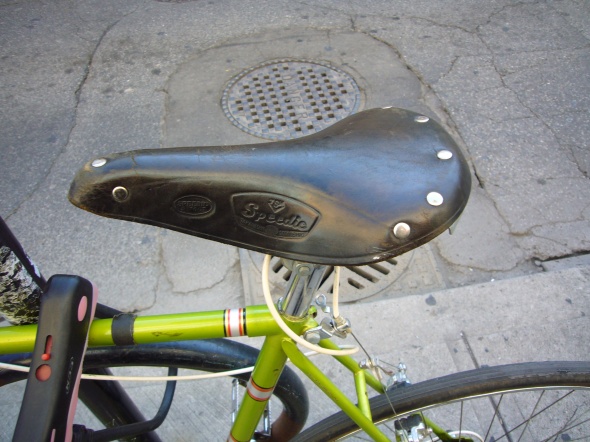 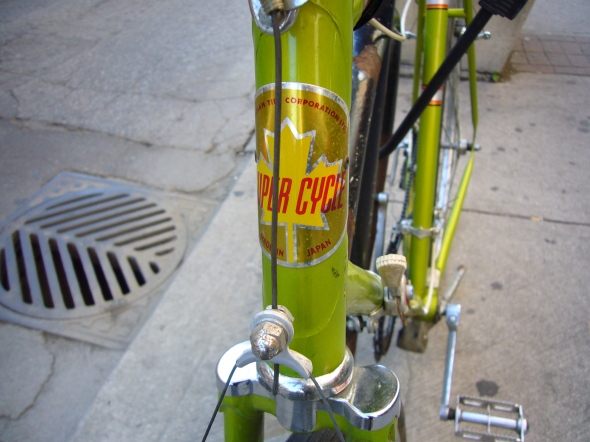 And finally, here’s a 10 speed version spotted in Kensington.