Sadly, this one was stolen a few days after completion..

I couldn’t let this one go with mis-matched tires, plus it needed some refinements as well.

I didn’t want to spend any more money on it but still wanted it looking presentable.

New tires were purchased for a couple of my regular bikes and the discards (still good) made their way onto the Brown Bike. I also added a pair of shortened inverted bars, a newer brake lever and new pads.

I took it out for a couple of hours today for a shakedown and it’s quite a nice riding bicycle.

A Bitsa is a British term for something (usually a motorbike) that’s made from bits of this and bits of that….

I had  said I would tidy up a bike for a young woman that I work with.

She picked up a CCM 3 Speed from me last week and wanted to give her old bike to her mother. It turned out to be an odd Swedish bike, a Crescent. I ended up getting the bike about 80% back together before I realized that the frame was badly bent…..

A quick visit to George at Parts Unknown produced a very nice Ladies Norman bicycle circa 1960 (pre Raleigh). Anything useable was salvaged from the original bike and transfered, including the aluminum rims, stem and bars, basket,  etc. 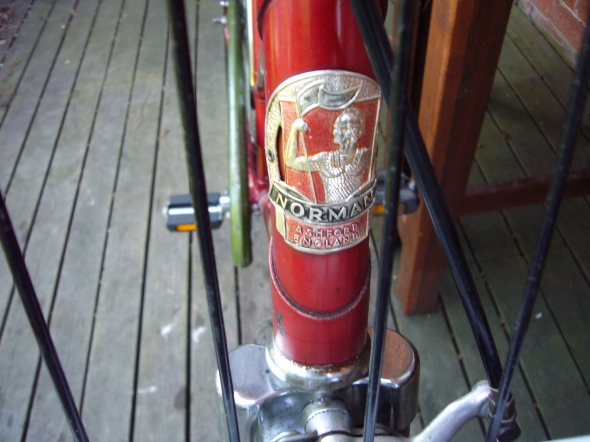 I was able to salvage some useful 3 Speed parts from the Norman and transfer to some other projects.

The bike is currently set up with a coaster brake back wheel and a single front caliper. The chain guard is from an Eatons Glider.

Not a show bike but quite presentable

I think I’m done with this one for now. I’ll revisit it when time and parts permit. I haven’t had a coaster bike since I was 7 years old but I quite like it’s simplicity. It’s called a Bitsa because it’s Bits of this and Bits of that…

Last post on this one until I find a 28″ front wheel. I’ll probably add a front caliper brake as well (recommended). The saddle is a well worn and broken in leather, Japanese Speedic. Total cost of this project is about $60.00 Canadian so about $45.00 U.S. Please ignore the rabid cat in the background. 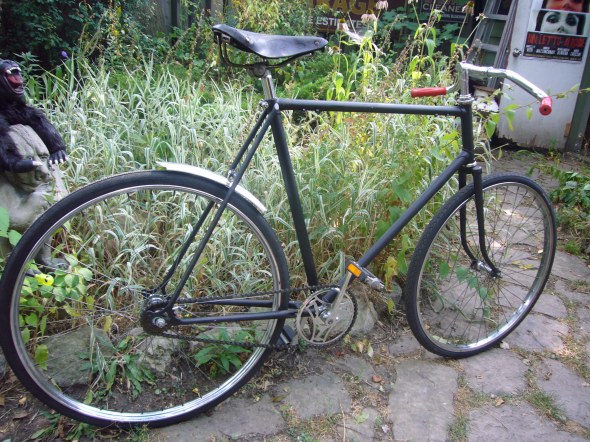 Taking the advice of another vintage bicycle enthusiast, I’ve added a front caliper brake to this project. It’s an old Raleigh brake with an old CCM lever. Not pretty but at least the bike stops! 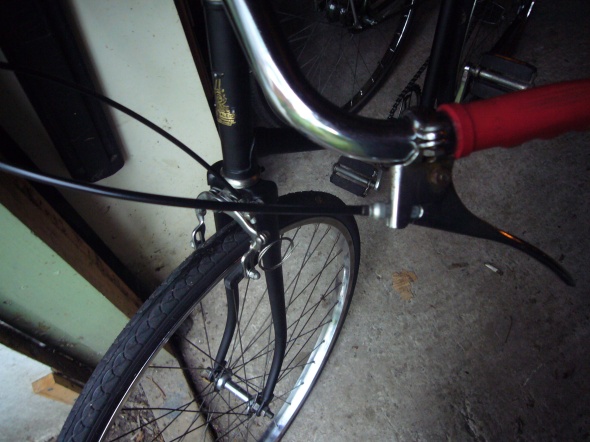 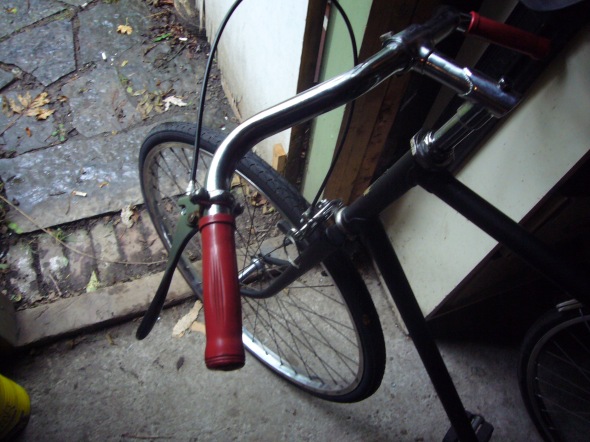