Steve T. brought this bike to my attention. Currently listed on Kijiji Toronto, an American built bike with British components and a Canadian flag as an emblem….

Mohawk bicycles appear to have been built by the H.P. Snyder Company out of Little Falls, New York.

This bike sports a Canadian flag on the front and I assume it was packaged as a line for a small Hardware Store  or a Department Store chain. The one piece crank is a clue to it’s North American origin. 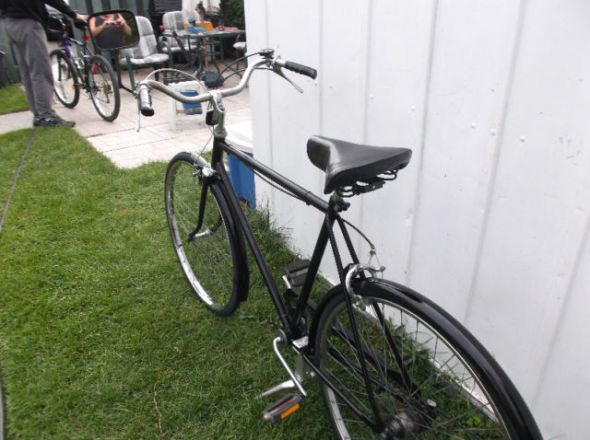 “Most Hawthorne bicycles were manufactured by either H.P. Snyder or the Cleveland Welding Company. Because these companies made bikes for many brands, most Hawthorne bicycles were virtually identical to models made for other retailers, but paint colors, sprocket style and brand badging were different. Many parts on bikes coming from the same manufacturer are interchangeable. Snyder also made bikes for Rollfast.” 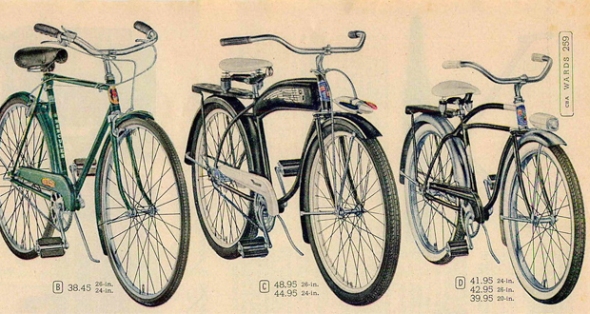 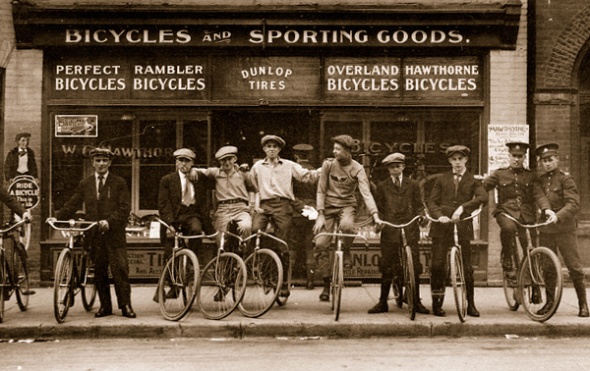